I have been pondering more “Freebird” (Psalm 23) in the wake of the Boston Marathon, the Sandy Hook tragedy, the Dark Knight Rises shooting, the Ft. Hood bloodbath, and the anniversary of the Oklahoma City bombing last week.

4 Yea, thou I walk through the valley of the shadow of death, I will fear no evil; for thou art with me; Thy rod and thy staff, they comfort me. 5 Thou preparest a table before me in the presence of mine enemies.

Is this true?  Do I fear no evil?  Does it seem like God is with us?  Actually, these days, it seems like God is far, far from us.  I remember growing up there was that great commercial, “I’d like to teach the world to sing, in perfect harmony”.  You know the words, so sing along … “I’d like to buy the world a Coke,  to keep it company.”  (That’s the real thing).  Even though we talk a great deal these days about “tolerance”, it doesn’t seem like it is making anyone more harmonious.  And with tragedy after tragedy, we are left wondering, “Where is God in all this?”

On Friday as we waited for law enforcement to flush out the “suspect in the white hat”, I heard an interview with the uncle of both bombing suspects.  As they harassed this man on his doorstep after his world had been rocked by the horrible news that his nephew was dead and that his own flesh and blood might be responsible for unspeakable callousness and mayhem, the reporters wanted to know one thing.  Were the brothers Muslim?

In implementing my “Root Beer Rule”, I have been thinking about waiting a lot.  I mused over the words of the troubadour, Jack Johnson:

Now I was sitting waiting wishing 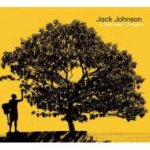 That you believed in superstitions
Then maybe you’d see the signs
But Lord knows that this world is cruel
And I ain’t the Lord, no I’m just a fool
Learning loving somebody don’t make them love you

Now ain’t that the truth … in so many ways.  But even though we talk the good talk about tolerance and acceptance, you know that you were wondering the same thing.  Were these terrorists Muslim?  We have been conditioned to make the assumption.  Sad but true.

Although I am not a fan of Islam, I am called to love the Muslim.  The same God that loves me loved and created Tamerlan and Dzhokhar Tsarnaev.  Regardless of whether you view followers of Mohammed with suspicion or disdain, notice where King David prepared the table for you in Psalm 23:5:  In the presence of your enemy.  Whether that enemy is Muslim, gay, a co-worker, a former spouse, the co-parent of your child, a competitor, a nasty neighbor, someone who has perpetrated harm on you.  That enemy is present.  But you can co-exist and still experience wholeness, and even blessing.  Like old Jack says in his tune, loving them isn’t necessarily going to change them.  But learning to love can change you.

I spotted this tweet below on Facebook this weekend and found it to be incredibly insightful.  As you consider these images, do you need to change the way you think about your “enemy”?  Here is some of the rest of the prophet Jack Johnson’s words:

Well if I was in your position
I’d put down all my ammunition
I’d wondered why’d it taken me so long
But Lord knows that I’m not you
And If I was I wouldn’t be so cruel
Cause waiting on love ain’t so easy to do.